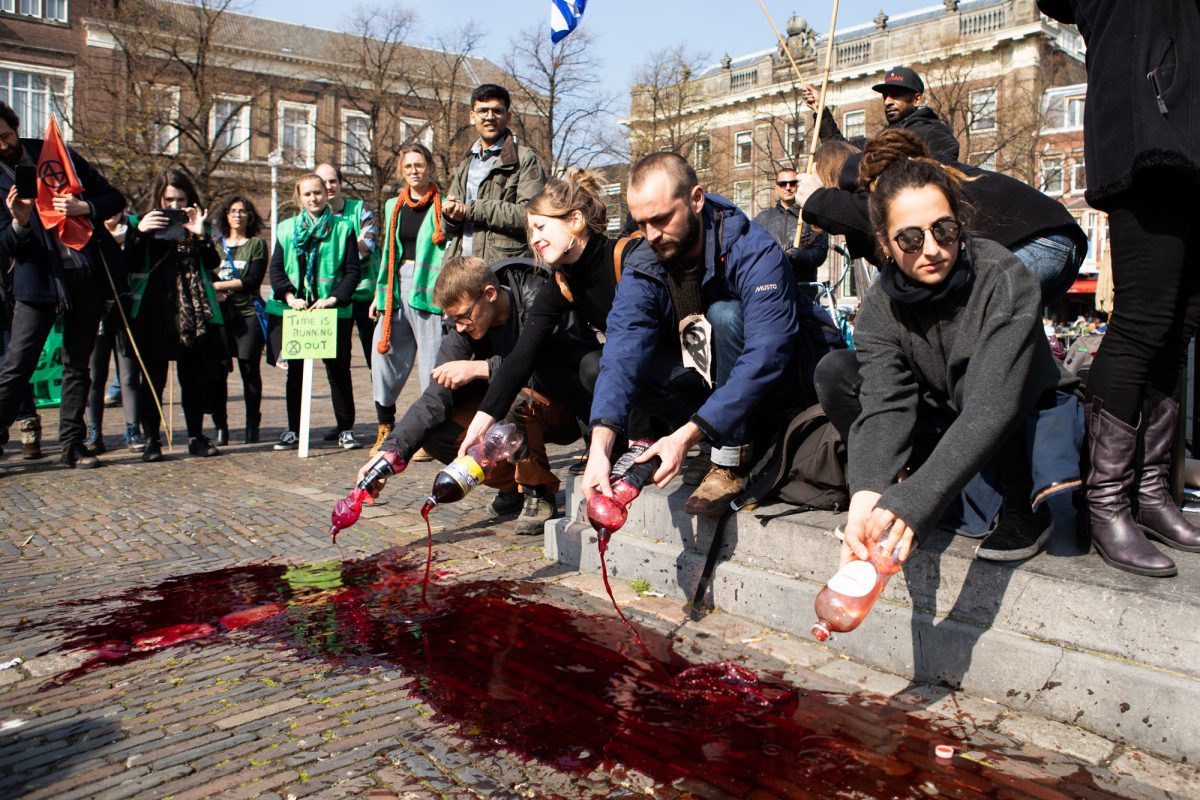 Tuesday April 16th – Occupation of a building in The Hague 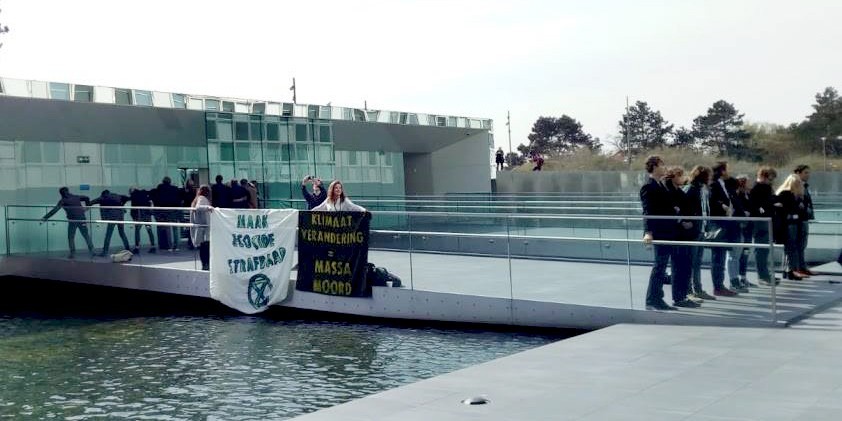 Credit: Anonymous visitor at ICC.We occupied the International Criminal Court in the Hague to draw attention to the crime of ecocide. We demand that ecocide is recognised as a crime against peace. When the police ended the occupation, 24 rebels got arrested. 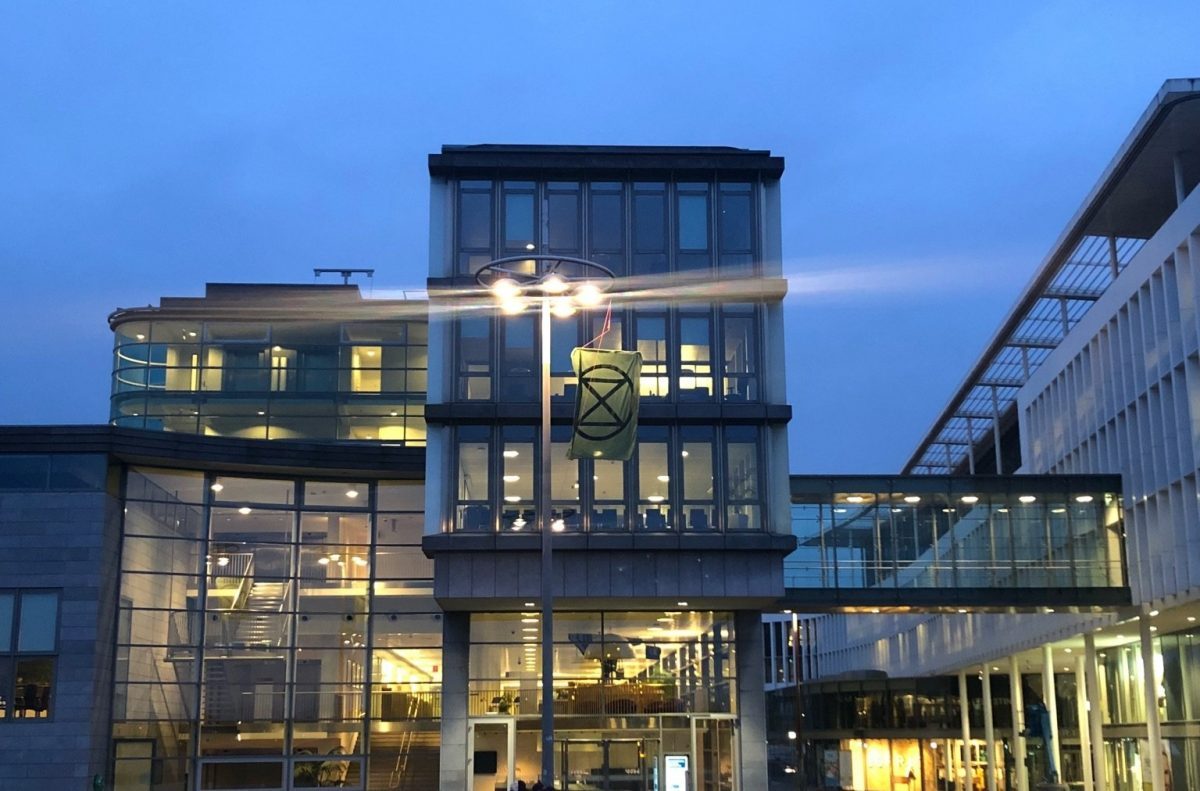 That same day, Maastricht Rebels declared rebellion with a flag-raising ceremony in front of the municipal building. 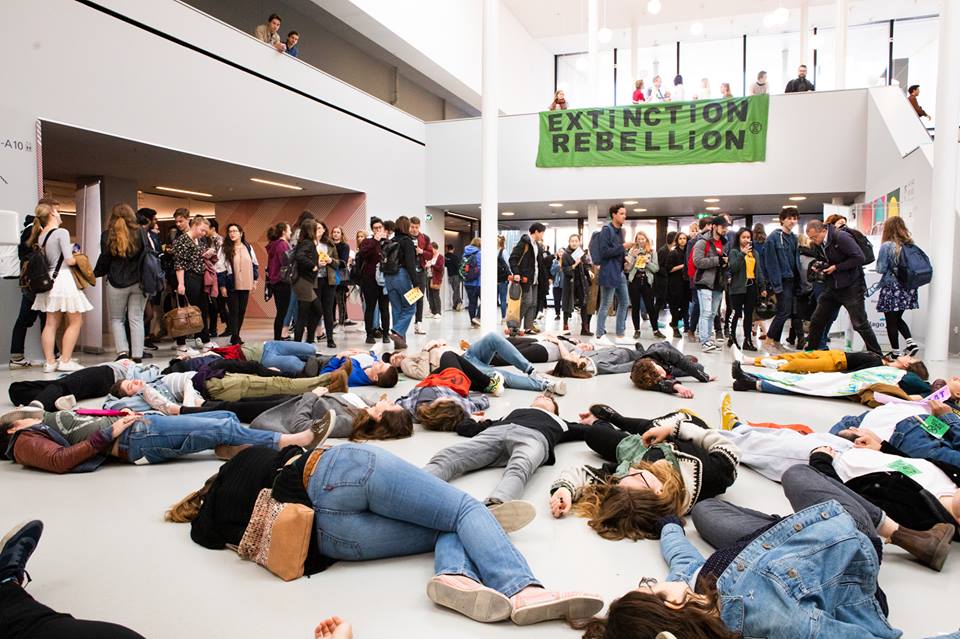 At 8 different places in the Netherlands, students performed die-ins to call on their universities to act. The student groups in XR demand that universities declare climate emergency, reduce environmental impact to 0 by 2025, integrate climate change into the curriculum, and support students in their rebellion.

Friday April 19th – Occupation of Shell Headquarters in The Hague 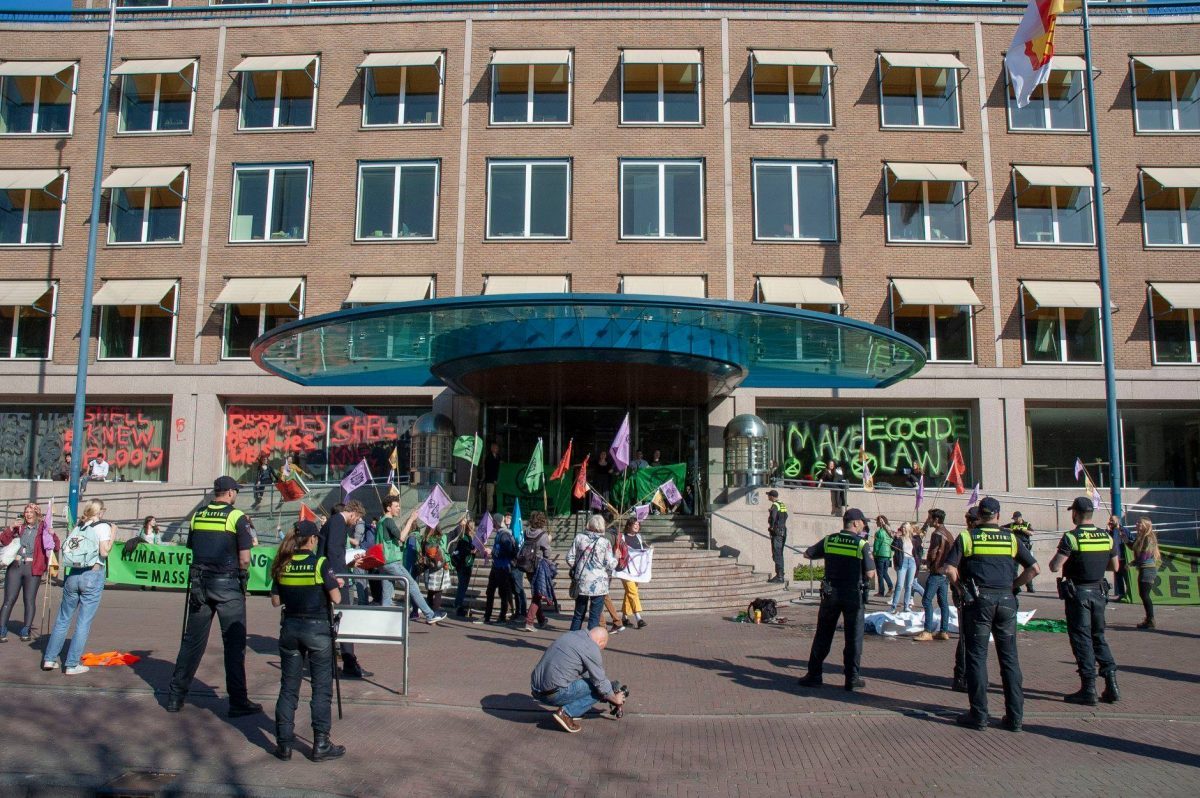 On Friday morning April 19th, we blocked the entrance to the international headquarters of Shell for two hours. During this action, 20 rebels got arrested, 12 of whom had glued themselves to windows and doors.

We marched through Rotterdam in a funeral procession. We commemorate the victims of the destruction of our planet, mourned, demanded this tragedy to end. Climate crisis is already taking its toll, but we can contain the crisis if we act now. 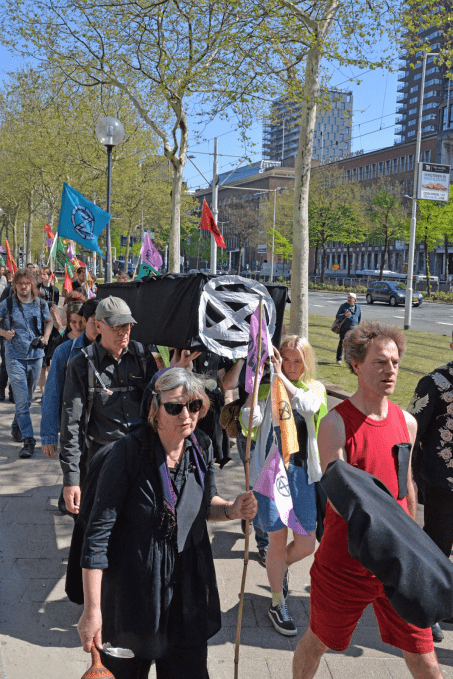 We marched through Rotterdam in a funeral procession. We commemorate the victims of the destruction of our planet, mourned, demanded this tragedy to end. Climate crisis is already taking its toll, but we can contain the crisis if we act now. 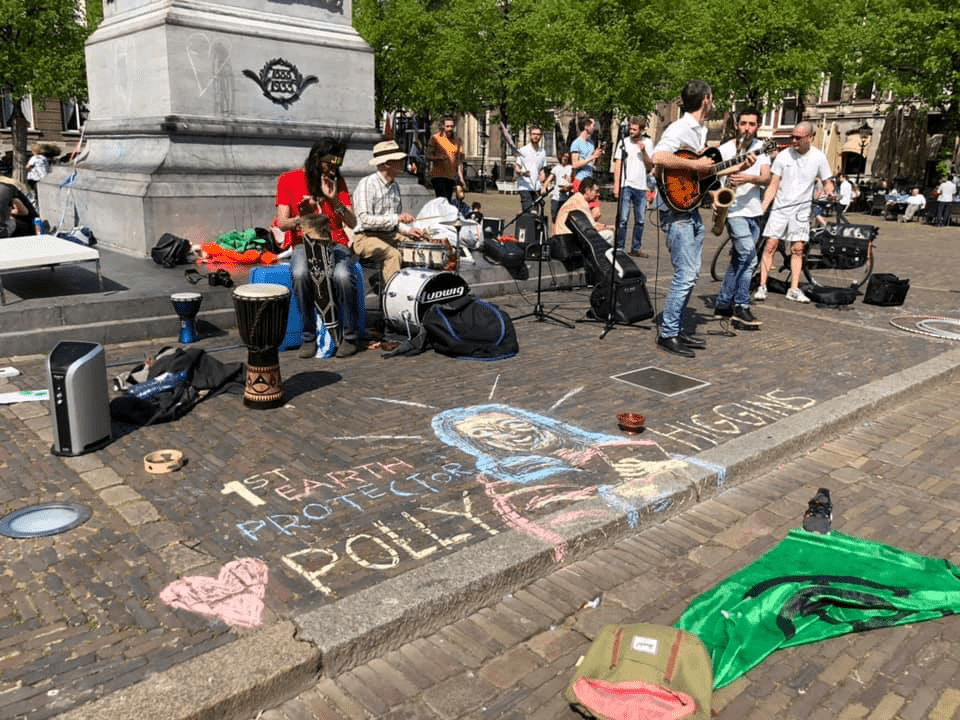 We reappropriated Het Plein to hold a well-deserved street party. We enjoyed an afternoon of healing, reflection on the movement, imagination and creativity, facilitated by music, dancing, face paint, free food, fun games and new friends. 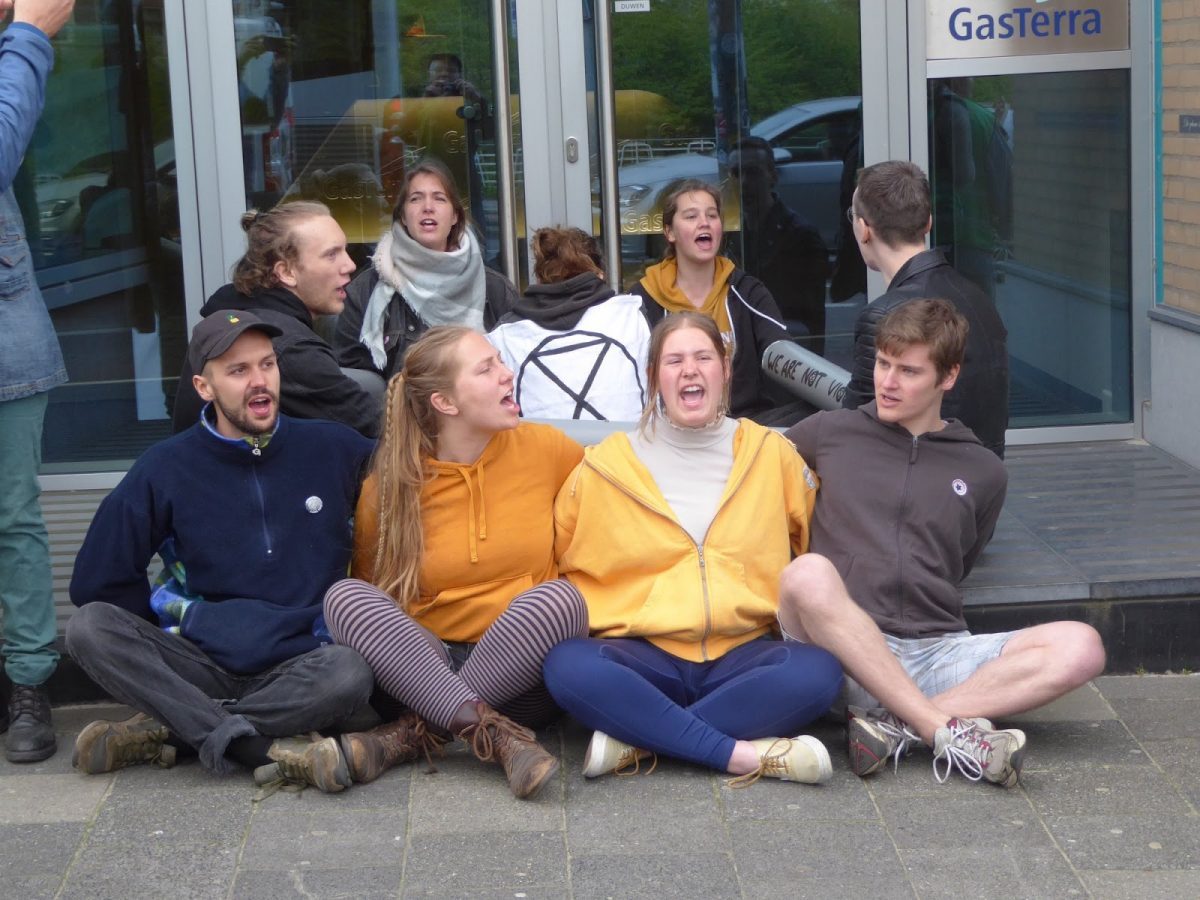 On Wednesday, XR Groningen blocked the main entrance to GasTerra (25% Shell, 25% ExxonMobil, 50% Dutch government) to make a statement against gas extraction in Groningen. Most of the GasTerra employees were unable to get into the building. 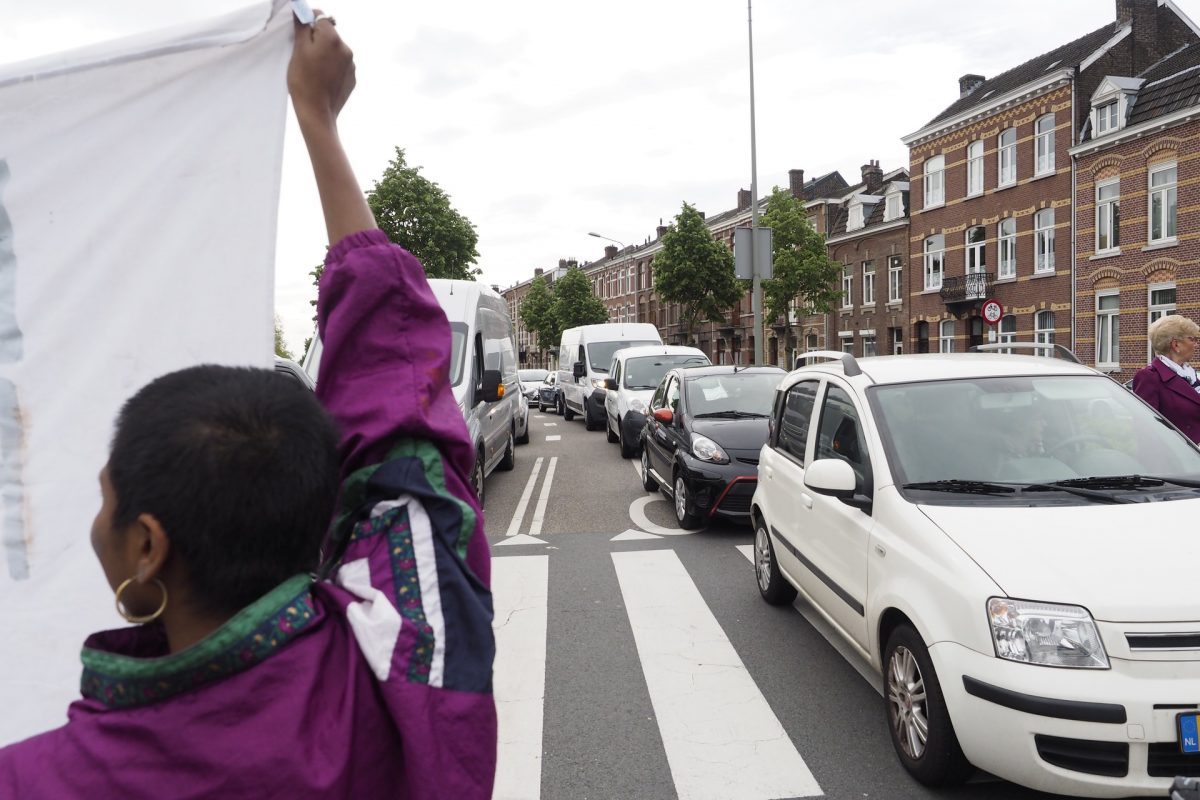 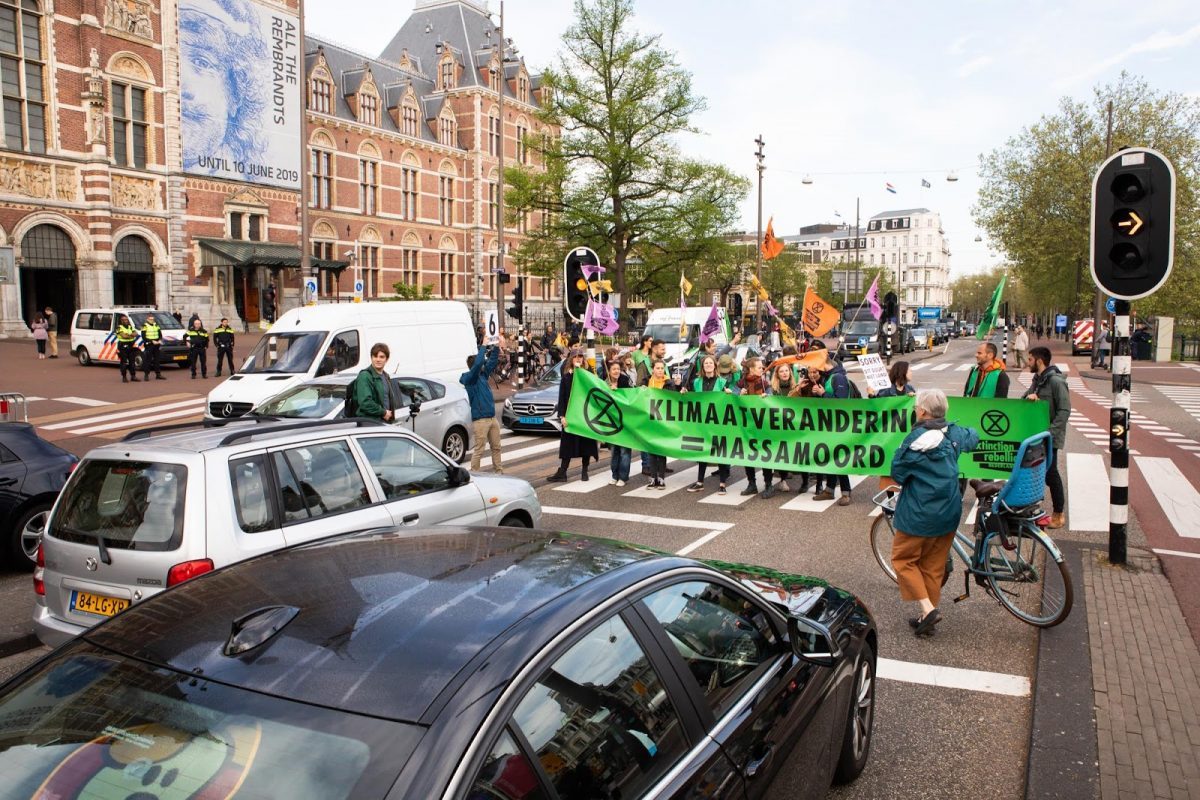 We used a technique called ‘Swarming’ to disrupt traffic in Amsterdam and Maastricht. In Amsterdam, small groups blocked traffic for short periods of time to bring gridlock to the city. In Maastricht, rebels on bikes cycled on a roundabout, blocking it completely. Six Maastricht rebels got arrested in this action. While they were interrogated by the police,  XR Maastricht organized its first Citizens Assembly in front of the police station. 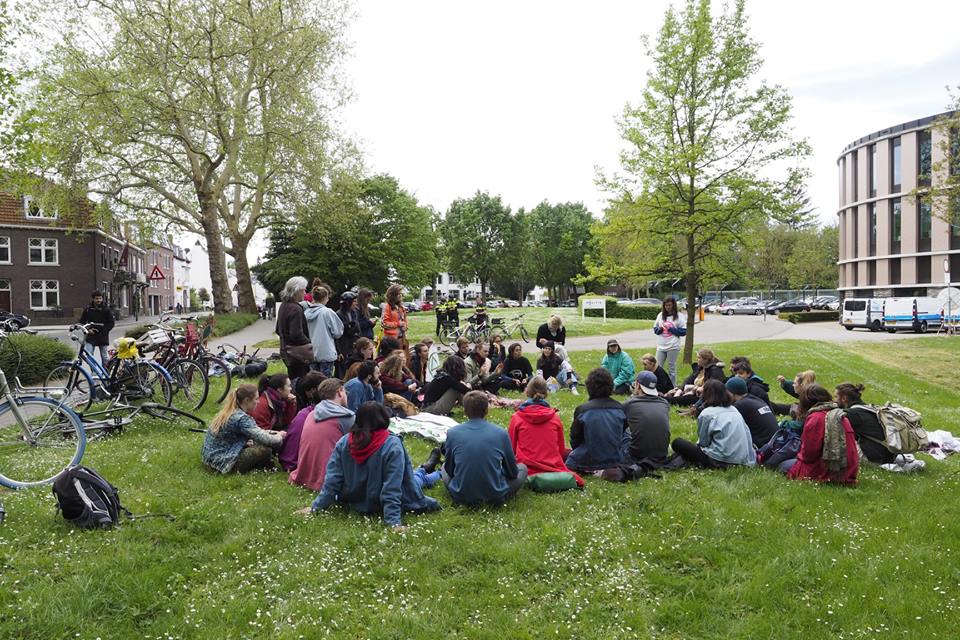 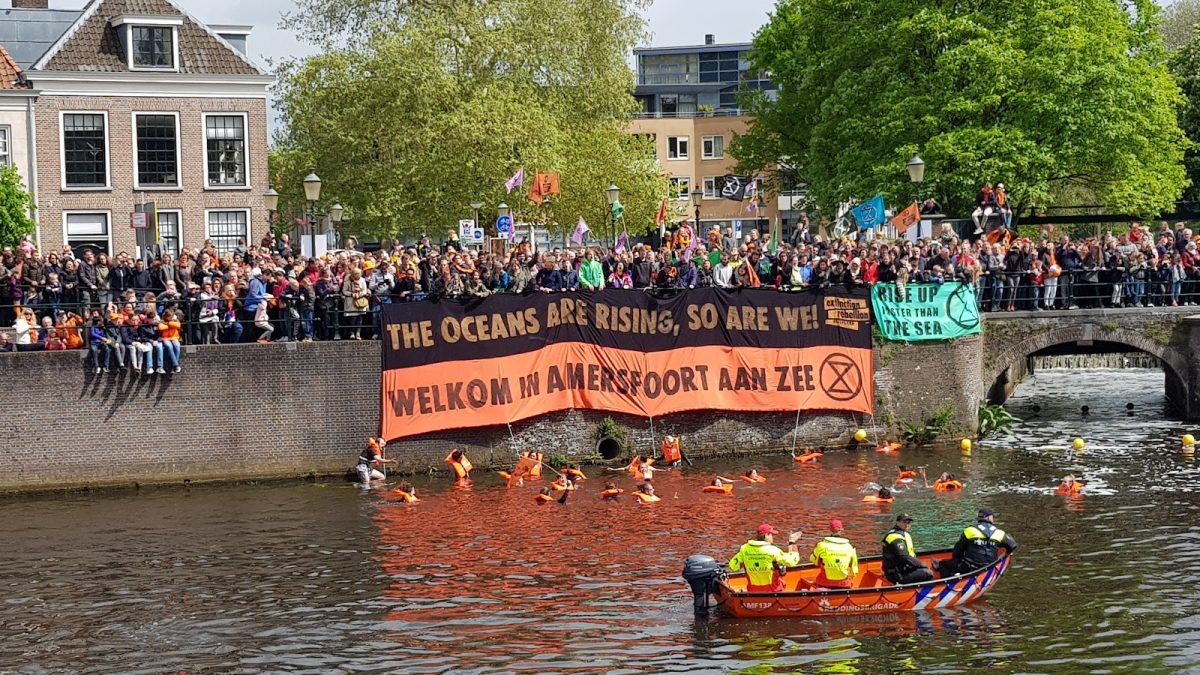 During the King’s day celebrations we raised attention for rising sea levels in a creative action themed ‘Amersfoort at Sea’. 20 rebels in life vests jumped into the water as the king walked by and as rebels on the shore dropped a huge banner. During the celebrations, our message was as loud and important as ever.

We want to hear from you! Did you take part in the Rebellion Week? Would you like to share your experience in the XR NL blog? Send us a text of 500-1000 words to xrnlblog@protonmail.com

We need you to build a stronger XR Netherlands. Help us stage this rebellion to save life on earth! Here are some simple options to get involved with us!