Thursday the 13th of June the first Rebel in The Netherlands was called before a judge. This is what Rebel Dylan had to say. “I had the honor of being the first member of Extinction Rebellion NL to be brought to court for an action. Got so much support from my fellow Rebels who came out to support. Thanks to the pro-bono work of a couple of fantastic lawyers my case has been suspended indefinitely.
Never would have dreamed that occupying an international court would go so smoothly, but it’s just further evidence to me that we need to rethink the bounds of what is possible as this crisis escalates. When you act with justice the universe will smile upon you.” 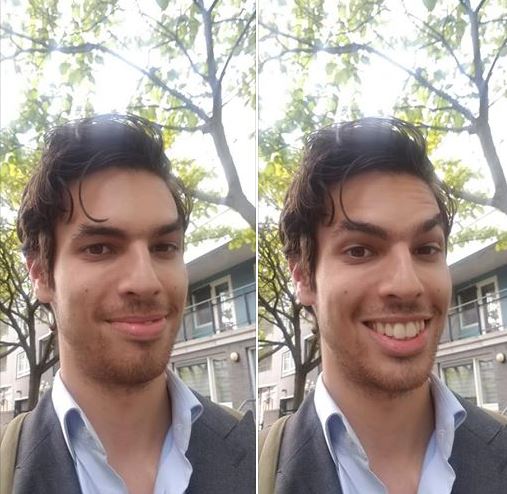 Esteemed judge—Thank you for taking the time to review the circumstances of my case today. Allow me to present you with an image.

Imagine being seated comfortably in an airplane, enjoying free Champagne and a complimentary selection of the latest movies. As the hours go by, the flight becomes more and more turbulent and you grow increasingly anxious. But you soothe yourself with the knowledge that your pilots know what they are doing. How could they not? Finally the plane goes into a complete tailspin—bursting into the cockpit, you discover that nobody is there. The plane has no pilot and is on a collision course. And yet, everyone else is still seated comfortably, trusting it will take them to their destination.

This is how I could describe what it is like to grow up in a dying world. I understand that it’s a concept I must explain to you, because few people from the older generations understand what it is like to be born in this time. But I tell you, it’s an absolutely terrifying time to be a young person. To see all the old, venerated institutions failing around you. To hear older folks you respect giving you counsel from the world they grew up in, no longer applicable to this one. To know that you have been born into an age where nobody has any idea what is happening or what will happen next. No idea what will happen when we admit that this plane we had so much faith in has no pilot.

Yes, the planet is dying. We would have had to start reducing emissions back in the 1990s for a slow, easy transition to still be possible, but it is now far too late for that. Emissions have continued to rise, and now we stand on the precipice of triggering environmental feedback loops that will make the crisis exponentially worse. We are truly standing on the brink and peering into the abyss that lies beyond. Comprehensive changes in every sector of our society are now the only way to avoid catastrophe. And we will likely have to do it within the next decade, not the next century, in order to avoid the most nightmarish scenarios.

Like virtually every young person born into this stage of human history, these facts have weighed heavily on my mind. The weight has been there for as long as I can remember, a burden I have grown accustomed to. I have learned to live with it, but am always conscious of it in the background, growing heavier. But if I am being completely honest, the weight of these facts were not what was motivating me to risk arrest acting at the International Criminal Court. The planet’s death, as horrifying as it is, is not ultimately what called me to action.

Ultimately, what called me to action was the realization that my generation is dying too. Our sickness manifests in so many different ways—young people with chronic mental illness, unable to find meaning in their lives or hope for the future. Young people that have never known a community they felt at home with, and instead scroll on social media alone in their room for hours, as if they will find it in their news feed. Young people that only know how to find a date through Tinder, and view social media likes as equivalent to the genuine admission of love from a true friend. In media, these phenomena are often portrayed as separate issues from the climate collapse taking place. But the truth is that they are fundamentally interconnected.

This is because this system is killing my friends and I just like it is killing the earth, poisoning our minds with lies like it poisons the planet with noxious fumes and oil spills. Lies such as happiness comes from accumulating things, getting a big house, and rising to the top of the rat race, as if these things could ever replace our fundamental need for human connection. But they cannot. They are fed to us only because they support the system that exists today, not because they produce any betterment in our lives. But as a result of believing these lies, my generation is the most lonely, impotent, unhappy, generation on record. And it is only growing worse.

Before finding the movement Extinction Rebellion represents, I too was lost. I had never known a community that I could call home, and I had never found fulfillment in the things I had been told by this system that I should. Nobody had ever told me that feeling good in myself laid not in ruthless competition with my peers, but in finding love and community with them. But the true beauty of our movement is that we model an alternative path—one that offers connection and community to those like myself who had never known it, and assurance that together we can create a better world. Not just for the plants and animals, but for us too.

The system we live in just doesn’t work. How can we possibly say it does when it would consume not only all the world’s resources, but also its own children to sustain itself? There is no justice in such a system—only destruction. When will we decide that it is time to put it to bed? How much more will we have to sacrifice?

Please, do not call us virtuous environmentalists. I didn’t occupy the ICC out of any sense of pretty morality. I did it to save myself. We cannot live in this dying world anymore, this world of false promise. We’re tired, we’re sick of the decay. We want to live the lives of peace that we can see in our dreams, but that every facet of this system seems keen to deny to us.

And if you say to me that it is a crime to plant myself on the bridge of the court, I say to you that I do not acknowledge the authority of any international court that does not see the slow killing of my generation as a crime. As long as the institutions meant to protect us are complicit in our murder, we will continue to bring our anguish to their doorsteps where they are unable to look away. We will keep building our movement of love and creation until it permeates through every facet of our society, and this system of death is put to rest for good.