I thought long and hard about all the clever ways to bring this message across, only to find that it’s maybe best to just throw it out there as it comes intuitively. So here goes:
The Amazonia: – the queen mother of forests and the earth’s main carbon digestive system – is burning. Did you know the Amazon is the most critical ecosystem in regulating climate change? On top of the disaster east of the Atlantic, the Antarctic is melting at an unprecedented rate and sea-levels are rising. The climate frequently shifts between floods and long periods of drought affecting billions of people all over the world in the last two decades alone. Strangely; I’m not surprised. I’ve been dreaming of ”pre-apocalyptic events” like these ever since I was a little boy. After a short intermitted calm these turbulent dreams have returned and become more frequent and lively as ever before. I’ve never experienced dreams as realistic as the ones I’m having now. Currently it feels as though my sleep and wake states seamlessly coalesce as I move from a slumbering dystopian operetta to the reality of an environmental crisis that could have preluded the events of the dream the night before. These dreams are unlike the nightmares we all know, where you wake up with sweats feeling sudden fear or despair. No. These are the type of dreams that feel as though the universe is trying to tell you something. I am a descendent of the indigenous tribes and when I saw their plea for support it’s poetic (and ironic) symbolism wasn’t lost on me and it motivated me to write to you now.

–
I hope this read functions as a sort of memorial: a moment to maybe grasp what is happening to us that we’ve all become so addicted to a broken political system that is only moving us further and further away from our human nature. Many tend to say: ‘’Sure. Melting ice, deforestation, forest fires. What’s another disaster event when the sun-licked skies are clear and the bounties are plentiful?’’ Well, guess what? Even though you might not have felt it yet, It’s really happening and it’s happening because we suffer from this moral superiority complex leading to overconsumption and greed. I don’t want to frighten you with non-fiction, but we are now in real danger of going extinct ourselves. Yes, truly. Believe the science, that time is now! Don’t get me wrong; I feel blessed that I may live in a time of such an existential crisis, because there is a chance I get to heal and send a message through to the following generations and many more generations to come. I have shitloads of work to do, but I’ve never felt so passionate about the work as I do now. Next to the profound political changes required, we need to meditate on one thing, and one thing only; ‘’Humility.’’ Be prepared to strip yourself down to the most vulnerable version of yourself, and rebuild from there. Let me explain myself:

–
Roughly two millennia ago we began to value life (and thereby each other) through the concept of currency. The introduction of industrial capitalism (during the industrial revolution) is seen as the leading negation causing our moral decline. What surprises me is that deep down everybody knows that we’ve never really moralized this democratic system clinging on to economic growth and technological advancement. This way of life is highly intoxicating to our ‘’life-support-system;’’ the eco-system. You could say we’ve traded in the nurturing qualities of this beautiful ”pale blue dot” for the promise of comfort and stability of our economic system. And here’s what I have to say about that. Stop! We’ve come this far and gone too far. We’ve gone from; settlers to explorers, from pioneers to innovators, from a people of faith to colonial invaders, from warmongers to great dictators. Now it’s time to realize the truth. Our will to grow has not been kind on us. Sure we’ve advanced, but we haven’t really evolved. During our Calvinistic post-colonial carnivorous expeditions we’ve forgotten to explore and develop the world within ourselves. Now, I believe we have but one choice: find a currency that is ethical. One that’s more sympathetic to an ecology based system. Not a system of wealth, but one of spiritual, mental and physical health. An inclusive and truly horizontal system with participation equally distributed. A system based on its citizens and not on the governing forces of politicians, leaders of industry and the eclipsed elite.
–
All this time we’ve been listening to rock-stars, popes, politicians, game show-hosts and Coca Cola, but have we ever stopped to truly listen to our great philosophers: astronauts, scientists, pioneers, leaders of movements or Polly Higgins? Or the indigenous peoples of the world for that matter? The original and direct descendants of old civilizations, like: Mesopotamia, the Aztec and Mayan cultures, the sea-faring Egyptians or the Celtic folk. Their collective knowledge is not to be discarded. They’ve been harmonizing with the natural world longer than we’ve known to ride horses or make roads. Now that the combined indigenous peoples of the Amazon have gathered on the frontline of a natural disaster we have but to embrace and heed their warning. We are all living creatures, living spirits, breathing and moving as one great interlinked body of cells across these great blue-green plains. A heavenly body we’ve always lovingly referred to as ‘’Mother Earth.’’ A body not much unlike our own.

–
So, forthwith! Use this moment to realize the immense scale and scope of the beacon that has just gone up in the Amazon, Siberia and the Arctic to remind us what we’ve forgotten. The searing Amazon is not just a harmless summer’s drought, it’s a burning signal that not only the environment but also we as a species are in desperate need for drastic change. Something we cannot ignore. We should acknowledge that his faulty system has run its course and is in need of revision. Now we heal through our bond with each other and the living. Let’s set aside our differences (and indifferences), and show up in full support to the indigenous fighting on the frontline of a global existential crisis! 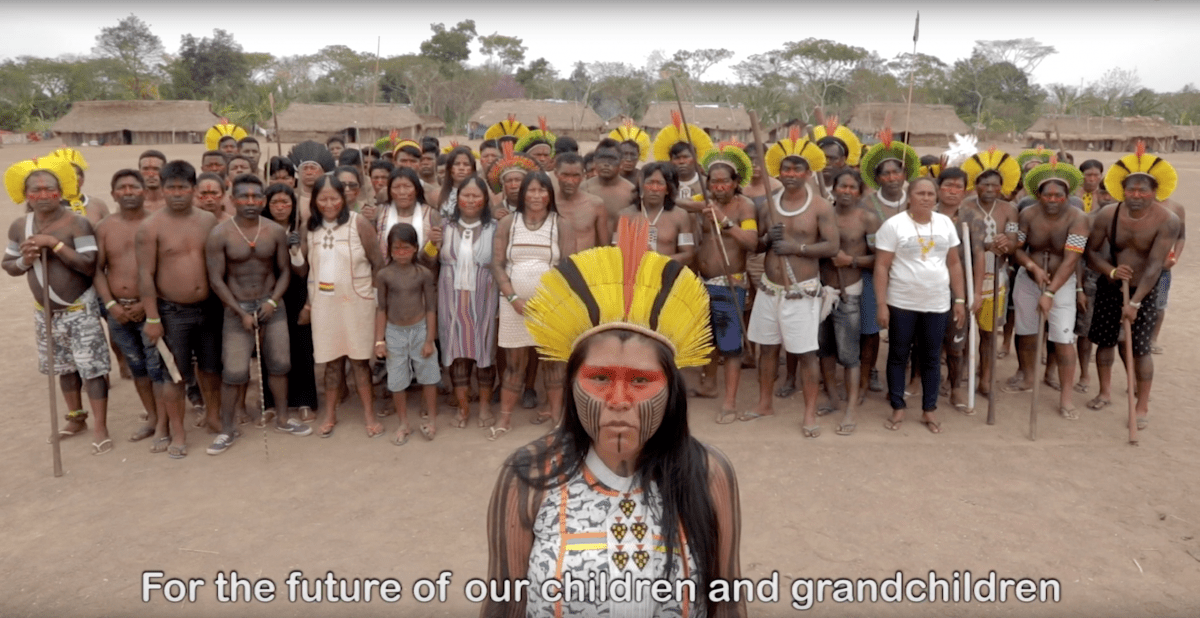