Rotterdam, The Netherlands, August 25 2021 – Since 10 a.m. thirty rebels of Extinction Rebellion (XR) block the access road to Shell Pernis, the largest oil refinery in Europe. The rebels demand that the Dutch government radically adjusts their climate objectives to net zero greenhouse gas emissions by 2025 in a just way, and that the Dutch government establishes a Citizen’s Assembly through which citizens decide how to reach these climate objectives. The action is one of many leading up to the Dutch Climate Rebellion: 5 days, from 11 to 18 October, during which Extinction Rebellion will block the political centre of The Hague. 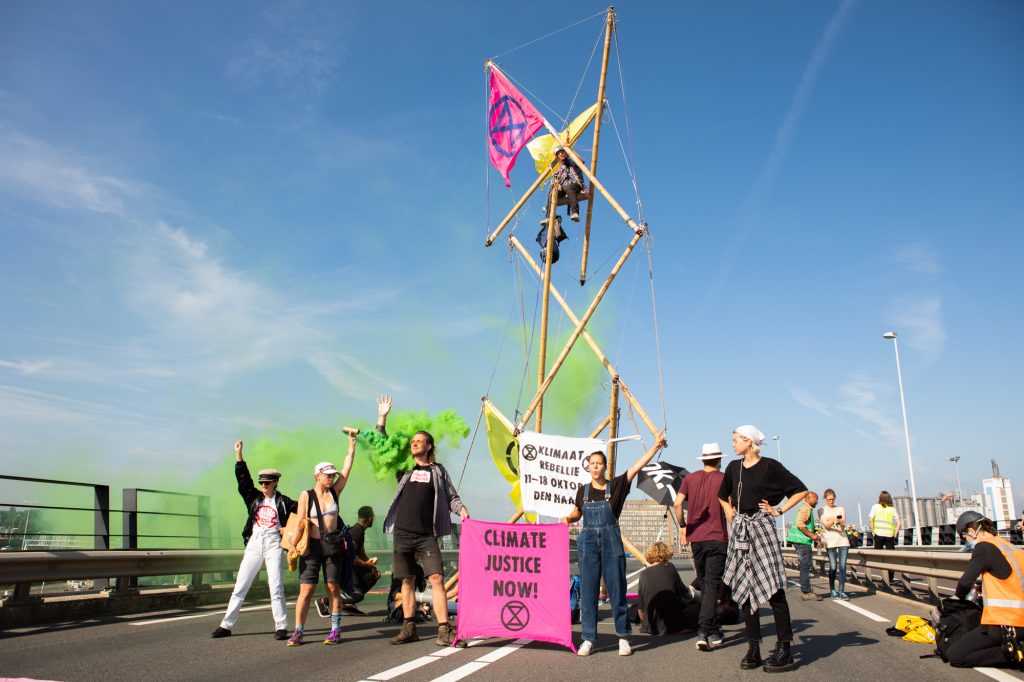 The port of Rotterdam is home to a large part of the fossil fuel industry, and a major contributor to the climate and ecological crisis, since it is responsible for almost twenty percent of Dutch national CO2 emissions. Shell is one of the most dangerous companies in the port and emits nine times as much CO2 worldwide as the whole of the Netherlands.

Spokesperson Tessel Hofstede: “Today we are at Shell to demand that the fossil fuel industry is curbed. We have all seen this summer that the climate crisis is now. Measures cannot wait. As long as politicians and polluting companies put our lives at risk by not taking this crisis seriously, we have a moral obligation to peacefully take action.” 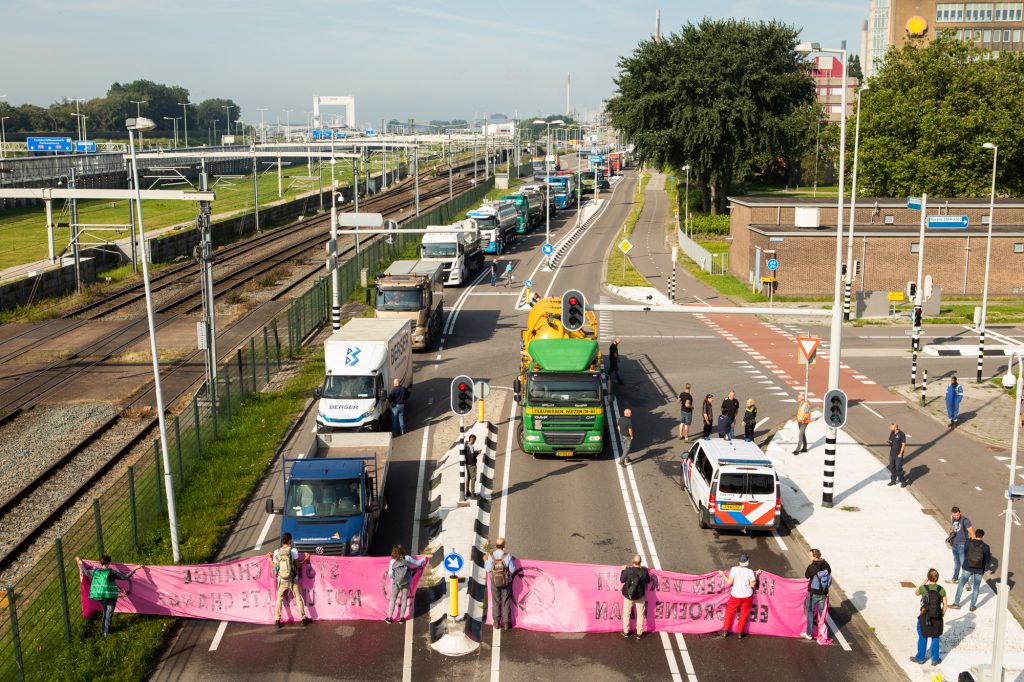 During the action in the port of Rotterdam, the Shell Pernis refinery is closed to oil trucks. The refinery processes 21 million tons of crude oil per year. With a bamboo construction, Extinction Rebellion prevents oil trucks from entering the site. The use of the sustainable bamboo is not only practical, but also symbolic. It shows that sustainable alternatives exist and are actively opposed by the fossil fuel industry. The rebels plan to stay at the site until the Dutch government or Shell expresses support for XR’s demands. 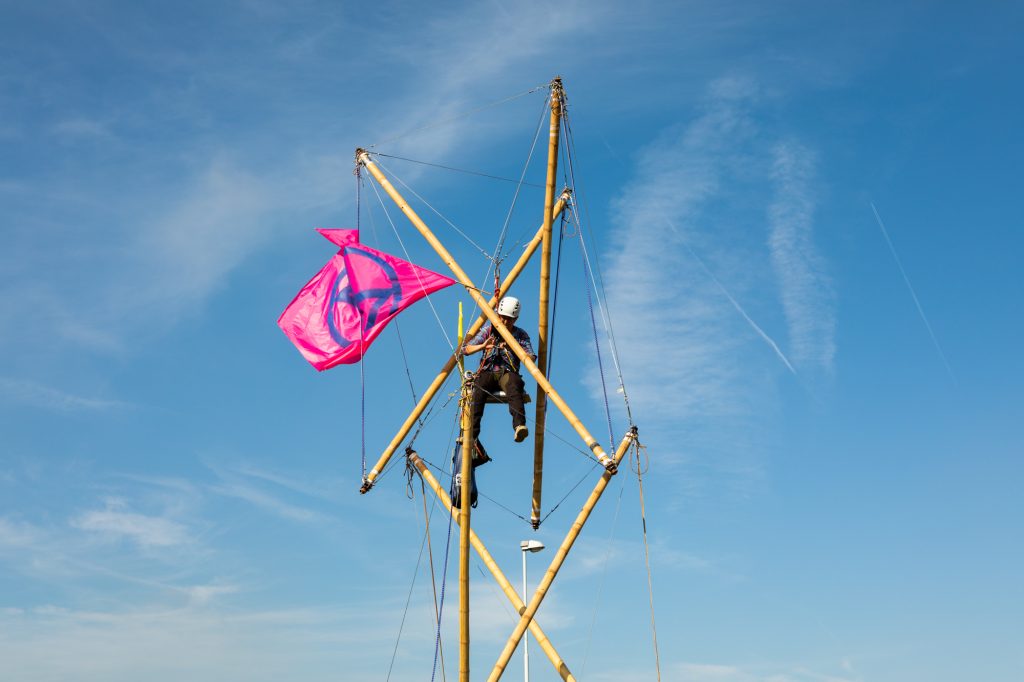 Shell Pernis is the largest oil refinery in Europe and one of the largest in the world. In order to carry out its activities, Shell benefits from the 8 billion Euros of yearly Dutch aid to big polluters. Polluters such as Shell offer a lot of resistance to sustainability and stand in the way of a green transition. This is demonstrated by Shell’s intention to appeal the court ruling that the company must reduce its emissions in line with the Paris Agreement. Another example is that Shell only invested 3 – 5 % of its total budget in ‘renewable’ energy in the recent period. Moreover, the International Energy Agency (IEA) recently indicated that no new oil and gas fields can be developed from now on, a warning that Shell cheerfully ignores.

Combating the climate and ecological crisis requires a systemic change in all facets of our society. For Shell this means, at least, compensations and reparations to communities and ecosystems that have been directly or indirectly affected by Shell’s actions (e.g. Ogoni Nine, drought Madagascar), retraining all employees for sustainable jobs, releasing the “Shell Papers” and an end to the Dutch billions in subsidies to the fossil fuel industry.